We're fundraising! Invest as little as $100 and become an owner of The Flip Side.

Upgrade to Premium
The next step beyond reading the best of both sides… is to join the conversation. 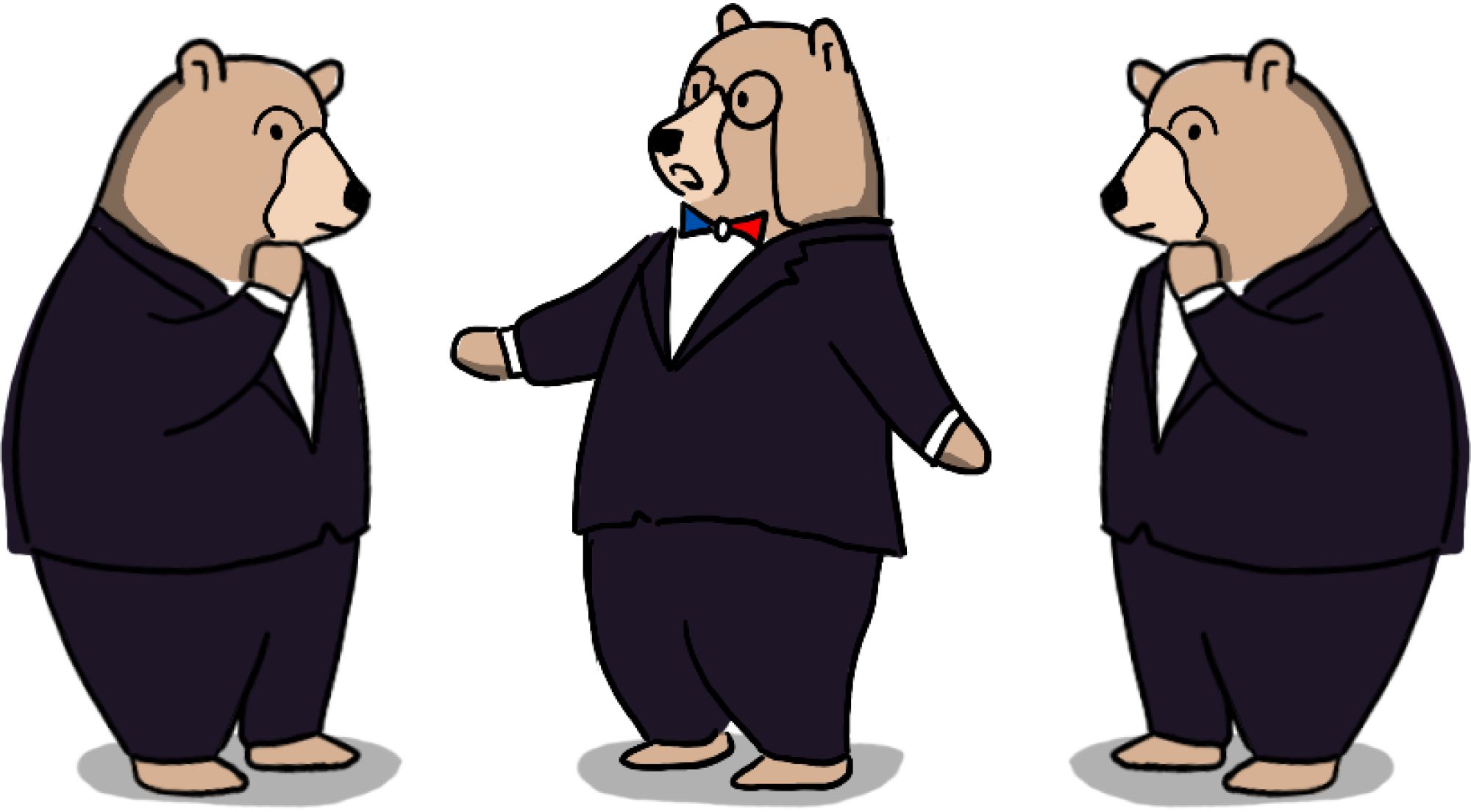 You already get the most equally-biased commentary from both sides each morning.

Now… you can converse, engage, and debate about that commentary in our newly launched Forum.

Don't be limited to the media's talking points of the day—be a part of the discussion:
‍

Connect and engage with The Flip Side's editorial team

But the even larger problem is...

Most conversations start divided, because different people consume different versions of their own polarized content.
That's why we originally built The Flip Side.
The Flip Side's newsletter has proven to change this dynamic with over 250,000 daily readers.

A place for discussion where you can finally be a part of a real conversation. Without the trolls, know-it-alls, or pile-ons. With fair and transparent moderation, run by the same equally-biased team you trust to curate the news each morning.
Be the First to Join the Forum
The only place for balanced conversations 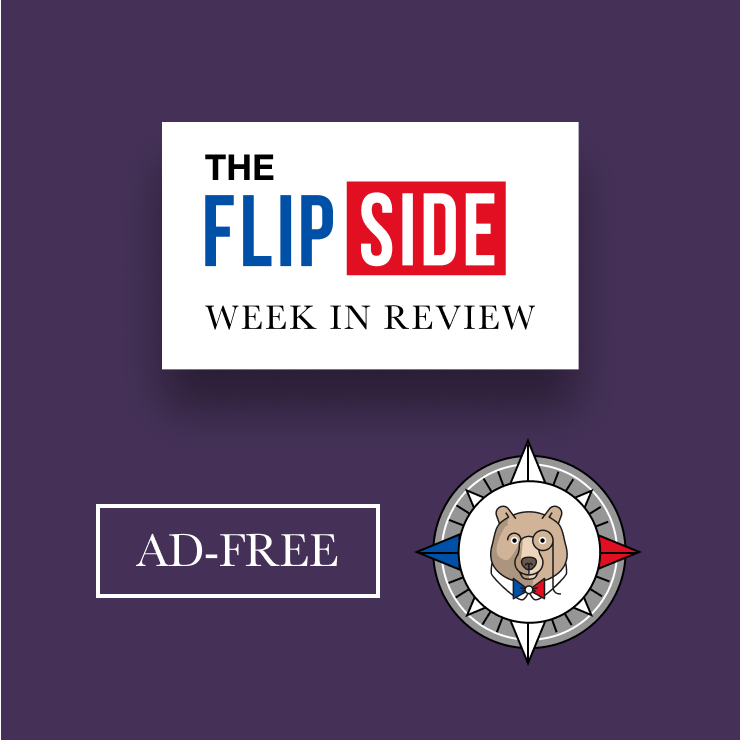 Get full access to the Forum, PLUS:
$10
/month*
Select 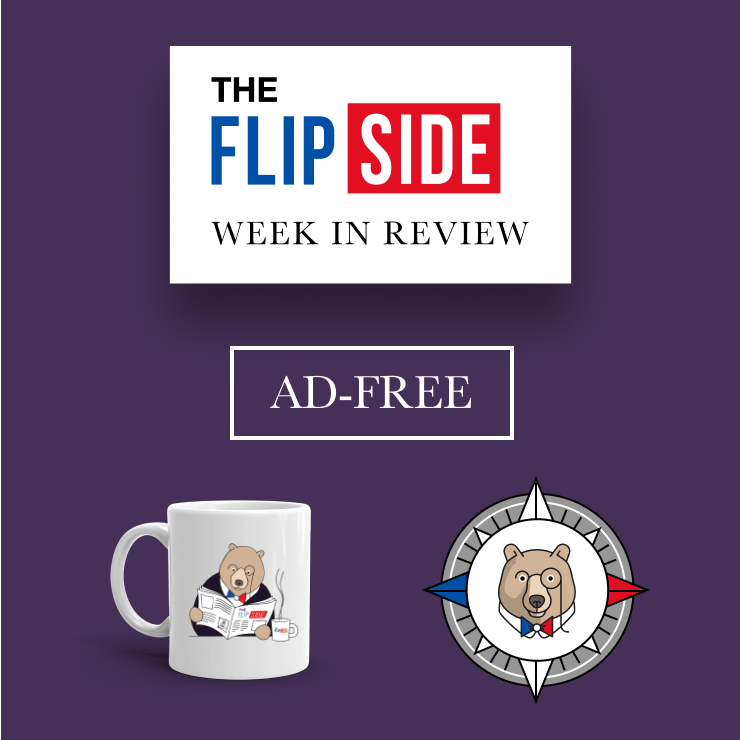 “There's so much good conversation going on here, I don't know where to jump in”

“I like all the suggestions on what makes a good post, and people seem to be using them. I even liked the prompt I got suggesting my post was too long so I edited it.”
‍
“Very impressed with the moderation and discussions so far”
It’s easy to criticize Facebook and Twitter and [insert latest social media attempt]. And the truth is, structuring and moderating online communities at scale is hard.

We built the Forum based on a few core values. We're creating a space for members to: 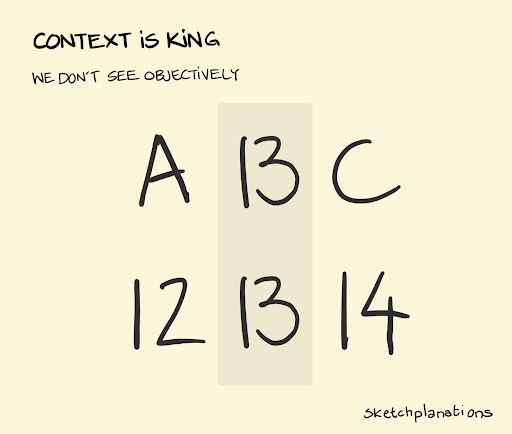 Engage with one major topic at a time. Our forum focuses on one new topic each day to encourage in-depth discussions, and begins with a summary of liberal and conservative viewpoints prepared by our cross-partisan team. 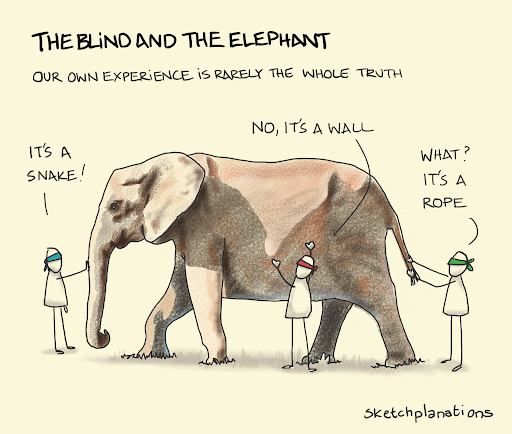 Read real, human experiences and viewpoints. For each topic, we have conversation prompts that encourage community members to speak from their personal experiences, rather than just regurgitating talking points. We’re also working on ways to make member profiles more expressive. 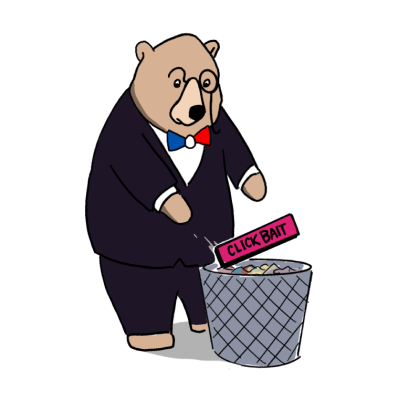 Be confident everyone started with the same balanced information. Only Premium members can participate in the Forum. We’ll never optimize for eyeballs or clicks, and topics will be backed up by the daily newsletters. 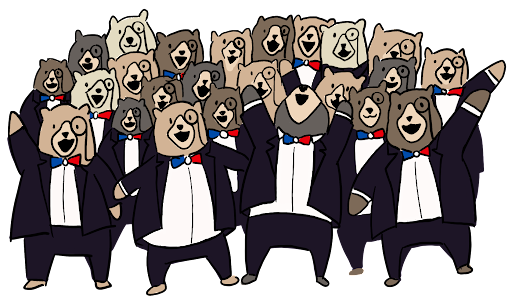 Rest assured with transparent moderation. Content curation, moderation, and community building are fundamentally about social and political sensibilities first, and tech stack second. Our community will be different because our leadership team is different from those that came before us.
How the Forum is Unlike Anything You Tried Before

Thoughtful conversations you want to be part of:

TL; DR: Rights come with responsibilities.I can't remember when I first learned about guns. While my family did not own guns, others in our community did- for a variety of reasons from hunting to home defense. I first became concerned about guns due to a news story about a child accidentally shooting a friend with a gun parents thought was well hidden. Thinking back, the story strikes me as a responsibility issue, and I remain deeply concerned that conversations about the right to own guns rarely address the responsibility of owning guns in any meaningful way. A conversation (and legislation) about gun ownership and personal responsibility seems long overdue. I see parallels to issues such as drinking and driving.

I can’t give the content of this bill due consideration because the process is so flawed. Democrats abusing the reconciliation process to force through climate legislation is no better than Republicans abusing reconciliation to rewrite the federal tax code. The ends here must not be allowed to justify such destructive means.

As a former criminal prosecutor, it is my belief that political leaders & law enforcement should be held to a higher ethical standard than the general public as we not only represent ourselves, but the community at large. The public has entrusted us, and we have an obligation to perform accordingly. There is no place for hyperbole or propaganda. A Judge has ruled that there was probable cause to issue a search warrant. That law enforcement actually found what the were searching for in the place where they were authorized to search should comfort Americans that they are being diligent investigators, not political hacks. A thorough review of the documents found should help determine whether criminal action should be sought against Trump or whether we should be satisfied that the documents have been returned to their rightful place.

Does Trump have a cult following? Sure. I voted for him twice, but it pains me to see people lift him up on a pedestal. He did far and away better than I thought and did a few things I'm thankful for, but he also screwed up royally a couple of times. But for a lot of conservatives, it's not about him. Never was. We needed someone - anyone- who'd throw a few punches for us, ugly as the form may be. It doesn't HAVE to be his party, but until the establishment becomes a little more proactive, particularly on social issues, it will so remain.What Republicans should do, I think, is get behind Ron Desantis, a guy with Trumpian instincts, but with more discipline, and one who has shown what can be done when you play a little offense. Last I checked, Cheney can't support him either, which tells me loads more than anything she did with the January 6th committee, and if that represents "principled" Republicans, then they're just in political denial.We can't just rely on the integrity of the old GOP. Maybe the D.C. machine would pollute any of us. Instead, we should rely on the leverage we have of constantly telling them we see what they're doing...or not doing.

TL;DR - We need more social workers and better government support for and strategic use of social working professions to address challenges related to immigration and other population movements.I think questions related to population movements are some of the deepest and most fundamentally human challenges we face as a society. Most people dislodged from the context in which they grew up are in an incredibly vulnerable state, many are moving against their choice. Society should work to care for and assist these people in the transition, rather than othering them further and making it impossible for them to find community and belong.At the same time, demographic changes like population growth and fast-paced intercultural collisions often stress formal and informal infrastructures designed to management communities. This friction is, in my opinion, unavoidable, and pretending that tribes, communities, and societies can absorb people they consider "others" with ease is futile in innovating social and policy solutions.As always, I think we need to consult the experts. There are people who look at this for a living, and we should listen to their advice.But also, we need more social workers. I don't think it can hurt to invest substantially in the social work infrastructure of our cities. Investing in social work and research in areas that have absorbed large immigrant populations will not only help those communities integrate more peacefully, but will also broaden the pool for evidence from which solutions can be crafted for other such scenarios in the future.

I was glad to see the idea put out there from someone on the right about colleges themselves being the ones to provide the student loans. So far they've been the ones laughing all the way to the bank while borrowers and the government are getting screwed. Let's somehow get them to have skin in the game so they are more incentivized to provide quality degrees that allow borrowers to easily pay them back after graduation, and incentivize them to help with job placement. And if this somehow curtails admissions slightly? Big deal, not everyone NEEDS to go to college. In addition to blue collar jobs, which not everyone is cut out for, plenty of people are more than capable of performing a variety of white collar jobs without a magic sheet of expensive paper.

I do not agree with the plan. I am concerned that it did not go through congress, but unfortunately that is not unique to this issue. The higher education system needs to be reformed. Beyond the unfairness issues, my concern is that this will short circuit the very real discussions that were taking place in the higher education industry. Enrollment was dropping, people were exploring new options like trade schools, employer sponsored/directed training, industry certifications, apprenticeships, etc , etc. innovation was happening, and Biden has just thrown a huge bucket of cold water on it. Part of me wonders if that was the real threat he was trying to address?

I am not against all forms of student debt relief, but I think that this plan could have been greatly improved. First, the optics are terrible for the Democratic Party. Why include families earning up to $250,000 if 90% of the funds will go to those earning less than $150,000? Limiting distribution to this relatively less we all of group would have reduced the total cost and be viewed by others as much more reasonable.The current system needs significant change. The universities who get the benefit of these loans should also have some skin in the game. As it is, there is very little accountability. If universities shared the losses from failure to repay, they would be more careful about who is accepted as a student.The lack of congressional involvement will likely be decided by the courts. I don't feel strongly either way.

The Brown Bear
Get full access to the Forum, PLUS:
$10
/month*
Select

The Grizzly Bear
Get full access to the Forum, PLUS:
$25
/month*
Select
Why Members Join
“I am so excited that you have implemented this Forum! I’ve been using it for the past few weeks, and it’s truly wonderful to be able to have these reasoned discussions with others who are as passionate about improving our systems as I am.”
* You can cancel anytime by emailing admin@theflipside.io.
Monthly contributions are billed each month and annual contributions are billed once a year. You may change how much you give or cancel your contributions at any time. By proceeding, you are agreeing to our Terms & Conditions. Please contact us if you’d like to make a larger contribution as an individual, or contribute as a business or foundation in your organization’s name. Please note contributions are not tax deductible.